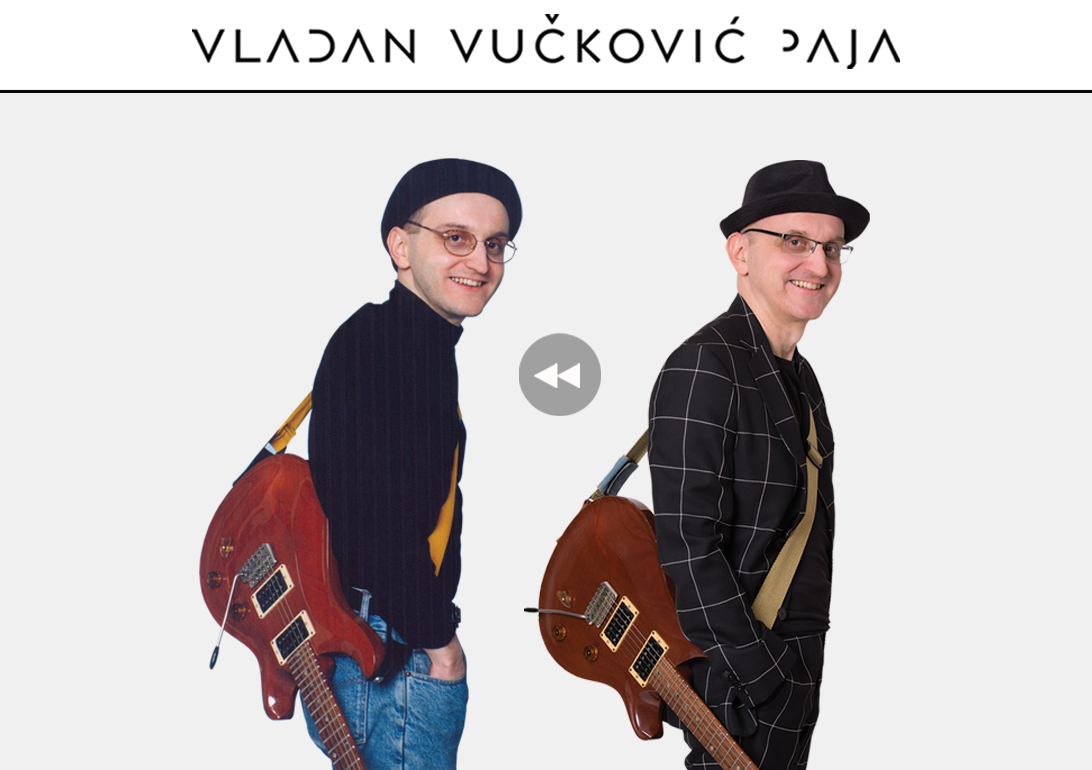 He creates a guitar instrumental music in a wide range of genres: world music, ethno-fusion, fusion, classical music, jazz. His art can be defined as “universal music”.

Freedom of expression in his music belongs from virtouso played guitars, keyboards, bass guitar, percussions. In distinctive forms of contemporary music he brings its own creative musical themes, clearly defined, richly arranged and integrated into the complex chord progressions.

When he processing traditional and classical music, he makes eclectic links to variety of music contents. He interpolates his musical sequences in traditional music parts and creates a harmonious and unbroken series of new music.

COOPERATION WITH OTHER MUSICIANS

Vladan Vučković Paja promotes his compositions on live performances since 2002 all around famous theaters in Serbia, as well as famous GUITAR ART FESTIVAL in Belgrade which became one of the most popular guitar festivals in Europe. He was performer on famous ZAJEČAR GUITAR FESTIVAL and JAZZ FEST VALJEVO with his supporting Spiritus Movens Band. Also, he performed his music in numerous popular live TV shows on Serbian national television (RTS).

He performed in front of hundreds and hundreds of thousands spectators on more than 500 concerts in Serbia, in region, and numerous tours over the world (USA, Canada, Australia, Europe, Russia, United Arabian Emirates).

During his years of musical career he published the following editions of original instrumental music: